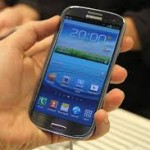 My dead phone was a Samsung Galaxy S3 like this one.

I overslept this morning and woke up annoyed at 07:50. My mobile phone was (supposedly) charging by my bed, and was set to wake me up at 06:00, but the alarm didn’t ring. I soon discovered that the phone was completely dead, and when I think back to when I went to bed, I think that I noticed that I didn’t hear the usual “ok, I’m charging now”-beep when I connected the charger, but I didn’t think about it at the time.

Hoping that the problem was with the charger I tried it with my work phone, but that worked just fine. I then tried to remove and reinsert the battery a couple of times, but no luck.

As I got ready to go to work I realized that I was about toÂ miss my 08:00 appointment at the company health care center, so I picked up my phone to call and tell them that I was going to be late. Darn it! But wait! I can call from my work mobile! Darn it again – I didn’t have the number there. I called another nurse that I know there, but just got her voice mail. So I left a message for her to let “my” nurse know that I was late, but would bee there soon.

When I was about to leave home, I remembered that I had an important 09:00 meeting, and cussed a bit for not hearing the reminder. Oh, right – no mobile… I was still going to make it, but I would have to hurry. So I called the health care center again and left a new message saying that I would come there directly after my first meeting instead.

The meeting went well and after it I jumped up on my bicycle ant went to the health care center. The doors were locked. Darn it yet again!

I went back to my office and sat down at my computer. It took me almost an hour to log in, but that’s another story. When I finally got in I opened my private web-mail (Gmail) to inform my friends that I had no mobile today, but that didn’t work either. I have activated the Google two-step verification which means that when I log in from an “unknown” computer, I have to enter a six-digit code generated by an authorization app in my mobile phone. Yeah, good luck with that!

Ok, fine – I’ll just install that app in my work phone too! Didn’t work. In order to do that I had to perform a step on an ordinary computer, which involves entering an authorization code from the phone where the app is currently installed. But for f*ck’s sake!!! 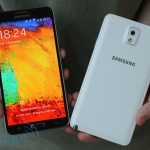 Since I was only working until noon anyway, I just dropped it. Instead I googled a while to find a new phone. I have had a Samsung Galaxy S3 since they came out, and have been very happy with that choice. So I looked at and compared the S3, S4 and S5, but in the end I decided on a Galaxy Note 3 instead. At 11:15 I clocked out and bicycled back to town, bought my new phone at Teknikmagasinet down town and went home.

I have only inserted the SIM card and battery, and it is currently charging beside me. I don’t know if this matters with newer batteries, but I want to charge it fully before starting it up the first time. I think I have at the most an hour left to wait…