I have been meaning to write about this for a while, but I keep forgetting (pun intended, but also true).

“No memories” is a strong exaggeration of course, but I really do have a serious memory problems. It wasn’t always like that. I actually used to have better memory than most – remembering whole conversations, meetings, etc. nearly word by word. But that was years ago, and as an example of what I mean by “memory problems”; I remember it being like that at some point, but I couldn’t tell you when even if my life depended on it. As in; “How long have you had this problem with your memory?” “I honestly have no idea whatsoever.”

You know when you come in to a room to do something, and can’t remember what it was? When that happens once in a while, you probably just laugh about it. When it happens every time you come in to a room, it’s no fun at all – I can promise you that. Sometimes I stand there for a while and try to remember what I was supposed to do, and then I give up and turn around to go back, only to realize that I have forgotten what I was doing before I got there. And let me tell you – that is scary.

Some things I remember quite well. Other things just disappear as soon as I hear them. There doesn’t seem to be a pattern to what I remember and forget. For a while I thought that it was easier to remember stuff that interested me, but if there is, it is probably just because I make more of an effort to remember it. 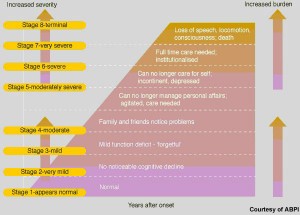 My father had Alzheimer’s disease, which is really frightening stuff, and also hereditary. So when I noticed that I was starting to forget things, I of course worried that it was the first signs of an early onset of Alzheimer’s. The doctors calmed me down in that aspect though. They told me that Alzheimer’s didn’t begin that way, and that my memory problem was in all likelihood just a symptom of my stressful job. That sounded likely, because I have had continuing problems with that for years.

I’m not so sure about that anymore, though.My problems are too severe for stress to be the only cause. A couple of the doctors have suggested a small brain aneurysm or even a tumor. I don’t know how to feel about that prospect…

Remembering things that I hear or read is not the only problem. I regularly miss appointments and meetings. Reading a book is hard – I need to back up all the time. I find it very difficult to keep focused on anything for more than a couple of minutes. And so on…

A couple of months back, I finally got to talk to a doctor that actually took what I said about my memory seriously. He gave me a ten minute memory and dementia test, and didn’t like what he saw. So he remitted me to the memory clinic at the LinkÃ¶ping University Hospital. They quickly responded that they were swamped with patients and requested that a “memory investigation” of me was first performed to see if they should prioritize my case. This was in early February.

At this point I can almost hear you thinking “Seems to me like he remember these things perfectly”, but unfortunately that is not the case. I have kept a journal since January, and this is me picking tidbits from that.Â Anyway, I feel like I’m drawing this out too much already, so I’ll try to keep it brief.

My doctor at the district health care center was put in charge of this investigation, which is still ongoing. They started by taking a whole array of blood samples for testing all kinds of stuff that may have relevance to my symptoms, but they didn’t find anything there. I was also put through a more thorough memory and dementia test, but I haven’t heard anything about the results. The same goes for the CT scan that they made of my brain last week. I assume that all results goes to my doctor, who will then put together a report. I have a meeting booked with her on April 9, and I hope that everything is done by then. Kind-of scary, but (almost) anything is better than not knowing.

I’ll try to remember to report back after the meeting