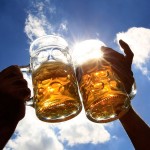 No more of this for me

I am not trying to tell anyone to stop drinking alcohol here. Neither is this a help for anyone trying to quit drinking (at least I don’t think so). I just wanted to write a little about why and how I myself stopped drinking, and how I now look at alcohol (hint: I have nothing at all against it).

I am 47 years old when I write this, and I have been a heavy drinker since my late teens. Most people that I have ever met in my life would probably picture me with a beer bottle in my hand if asked to visualize me right now

Am I an alcoholic? I would say no, but I have come to realize that this depends on how you define the word. The stricter meaning of the word alcoholic (which is the one that I have always used) is someone who is addicted to alcohol. That, I am not and have never been – I just like to drink and I really like beer.

However, you can also use the word alcoholic in a broader sense, where it for example also includes people who are not in control of their drinking for other reasons than addiction. In that sense I would have to call myself an alcoholic. This is not how I use the word, but I wanted to be clear about what I mean.

So, I don’t call myself an alcoholic, but i have been an alcohol abuser for a very long time.

This didn’t use to be a problem for me, but as I have grown older and been burdened with other problems as well (that I may or may not talk about in a later post), I finally realized that my drinking was indeed becoming a serious problem. The most obvious aspect of this was that I drank so much that I couldn’t make it out of bed to go to work the day after. Not just once or twice, but increasingly often. I should perhaps add at this point that I have been open with problems, and my employer know all about it now.

I tried to simply drink less of course, but that didn’t work for me. I would tell myself that this night, I will absolutely not drink more than one or two beers. But after those beers, there was always that feeling of, “Hey, this feels good – how bad would it really be to take just one more?” After that, there was no stopping me. You can call it stupid if you like, I just see the fact of it, and the fact is that couldn’t stop myself once I had started drinking.

“Fine, but if you couldn’t stop drinking once you had started, then why not just stop going out so often?” I tried that too of course. Didn’t work. I just couldn’t stay away from the pub, which was where I always met my friends. That is how we had “always” socialized, and just stopping was not as easy as you might think. 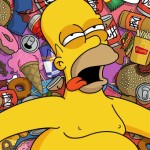 At least I have slightly more hair than Homer…

Anyway, one day last summer I woke up with a massive hangover. The only thing I could remember from the night before was telling a friend that I had an important meeting at work the next morning, so I would just drink one beer and then go home. Right. That meeting had been a couple of hours earlier while I was still sleeping, fully clothed, on top of the bedspreads.

That was that. Now I had to do something, but what? I had tried to stay away from the pub and failed. I had tried to drink less once there and failed with that too. So I ended up talking to a doctor I was seeing for other reasons and asking if he could write me a recipe for Antabus, which he did once I had explained my problems to him.

Antabus is something that you typically give to more serious abusers, for example to repeat-offenders that commit crimes when drinking. But I thought it might help me to just keep away from drinking altogether for a while so that I could get my act together.

Antabus is a rather clever thing; Alcohol is a poison, but we humans have a natural “immunity” to it through different glands that produce enzymes that helps our bodies to break it down. What Antabus does is to inhibit the production of some of those enzymes. The end result is that your body suddenly realizes that alcohol really is a very dangerous poison, to which your body then reacts violently. If you drink even a very small amount of alcohol while taking Antabus, you will get really, really sick very quick. Feeling dizzy and throwing up is just the start of it. Just knowing about these symptoms was enough for me. No way that I would take even a sip of beer while “on the pill”.

At the same time as I started taking Antabus, I also started seeing a substance-abuse doctor regularly. He actually wasn’t a real doctor, I just say that since I don’t know what else to call him. He had worked with alcoholics and other drug addicts for over 30 years, so he really knew what he was talking about. The Antabus helped me to stay away from the pub the first couple of months, but it was these sessions that really helped me with my drinking. I have learned a lot from this guy. About drinking and more importantly, about myself. His deal was to give me new ways of looking at things and see things for what they really are. Not to tell me to do this and don’t do that. It is difficult to explain this in words, but it really worked.

So that was the why and how of it, but what about now?

The last time I drank alcohol was at a party at my pal Chongen’s. This was 31st of August, 2013, which is more than ten months ago as I write this. I wasn’t really going to attend that party since I was just waiting for the all-clear to begin taking my Antabus pills (which I did the Tuesday after the party), but then I thought that this might be the last time that I ever drank anything, and that I would rather remember the last drink as having a good time, than not remembering what I did, as was the case of the next-to-last time. I had four or five bottles of beer and a really good time at that last drinking party, so that was a success I suppose

Well, that’s not entirely true… I did have two low-alcohol beers (less than 2.25 volume percent), or “lättöl” as we call it in Sweden, at dinner at my work’s summer party a couple of weeks ago. It actually affected me, so no more lättöl for me. Non-alcohol beer (less than 0.5 volume percent) is fine though. They have a really good non-alcohol Staropramen at my favorite pub and restaurant, Mörners, so now I can go there and have a beer (sort-of) with my pals again.

When I stopped drinking, people around me became cautious about drinking in my presence. That is very considerate of them of course, but there is really no need for that (which I try to tell everyone). I might miss the cold beers in the summer, or a warming whiskey on a cold winter night, but I have absolutely no problem in staying off the alcohol even when everyone around me is drinking.

I am not against alcohol at all. If you cannot handle your drinking it (like me), you should probably stop (though I won’t be the one telling you that), but apart from that I consider alcohol to be a part of our culture – embrace it

I might some day decide to have a glass of wine or a beer at dinner, or a whiskey after. That would not be a failure for me (though getting drunk would). Being sober is just a choice I have made, and for the time being it feels absolutely right.

Edit: January 2015. I finally got around to correcting a a couple of bad character conversions in this post from when I moved my site to a new hosting service a couple of months back. Also wanted to add that I have now been sober for 16 months – still no problems